Top NFT statistics that will blow your mind

Using blockchain technology for NFTs may seem confusing for outsiders, but non-fungible tokens keep increasing in interest, with newer people attracted to the rising trend.

And it is easy to see why.

NFT statistics and the amounts quoted will blow your mind!

Key NFT statistics at a glance:

Non-Fungible Tokens (NFTs) are digital collectables holding unique data recorded on a blockchain, and cannot be copied, counterfeited or reproduced, meaning each NFT is uniquely identifiable. Because if it is unique, there can only be one in the world, boosting their scarcity.

The team and community at Supplain scoured the online world to find the top NFT statistics so you can better understand the world of NFTs.

NFTs were worth $40 billion last year

According to the Financial Times, whilst only a niche group of crypto enthusiasts knew NFTs in 2020, the landscape quickly exploded in 2021. According to global data, by the end of 2021, almost $41 billion was spent on NFTs.

A research analyst, Mason Nystrom, said a significant reason for the NFT market growth was the demand buyers had to purchase art that aligned with their 'digital identities.'

A market tracker report from DappRadar demonstrated the rise of popularity in NFT trading during 2021. According to the company, though there were signs of growth slowing towards the end of the year, NFT sales volumes totalled around $24.9 billion in 2021. This was a considerable increase compared to about $94.9 million in 2020, per the DappRadar data.

Notably, the wallets trading in NFTs increased dramatically during 2021, increasing to about 28.6 million, from around 545,000 in 2020. The most sought-after pieces were typically the most volatile.

OpenSea is the largest NFT marketplace

According to the Times of India, the OpenSea marketplace was created by entrepreneurs Devin Finzer and Alex Atallah in New York. OpenSea crossed $20 billion in all-time sales volume and is the leading NFT marketplace.

The company has also helped to launch the rise of a range of other competitors, like Axie Infinity, which trades around $2.1 billion at present.

Other well-known marketplaces include the CryptoPunks website and the NBA Top Shot marketplace.

With the rising number of NFT wallets now available, more of us worldwide are searching for the terms "NFT" in Google. According to Statista, China is the country most interested in NFTs.

China is followed by Singapore, Venezuela, and Hong Kong in their volume of searches. It should not be unsurprising that China is so interested in the concept of NFTs, considering the country's interest in cryptocurrency and blockchain.

The most expensive NFT sold for $532 million

The NFT in question was a CryptoPunk, purchased using money borrowed via a 'flash loan' (a smart contract loan that is instantly repaid). The complexity of the NFT transaction means many people argue that the sale wasn't a legitimate one.

Whilst some people argue the Beeple art piece is the most expensive NFT ever sold (see above), others say it was the collection of 250,000 NFTs sold by Pak (an anonymous artist) for $91.8 billion as part of The Merge. The pieces were sold on the Nifty Gateway and was named the living creator's most prominent art sale.

Collectors were further incentivised with bonus mass that increased proportionally with the size of one's final NFT. By the end of the sale, 26,000 collectors had become involved.

Following several NFT marketplaces releasing numbers about the average price, research revealed that most sales come out at under $200.

For artists, this means that they should reconsider what they think about pricing. Novice collectors can become involved with the NFT space whilst prices are in reach.

Minting and selling NFTs costs around $100

Whilst the average price you sell an NFT for may only come in at around $200; you may also need to pay around half of this to have the artwork minted and get sold. The average cost usually ranges from about $70 to $120, but some people spend upwards of thousands.

Creating NFTs can be an expensive process because of the use of the blockchain. Further research even found that the cost of building an NFT can range between $1 to $1000, depending on the processes used.

According to NonFungible.com, the number of sales in the NFT world is astronomical. The market had an incredible 13,118% growth between the first quarter of 2020 and 2021. This highlights a rapid increase in the number of buyers and sellers.

At present, it isn't easy to know for sure how many people are buying and selling NFTs, simply because it's challenging to track all of the wallets online.

However, we know that NFT trading volume reached $6.13 billion in January 2022.

Cryptopunk NFTs are some of the biggest sellers

Whilst artwork from Beeple and Pak have the highest sales values for individual pieces, the NFT collection CryptoPunks created by Larva Labs contains 5 of the top 20 biggest NFT sales of all time.

The most significant Cryptopunk NFT sale sold for approximately $11.8 million. As one of the initial examples of NFTs, the Cryptopunk landscape is widely regarded to be incredibly valuable.

Most NFT Collectors haven't recouped the costs of purchases

According to the Financial Times, most new NFT collectors have yet to recoup the cost of their investment. Many investors are still figuring out how to use their NFT investments correctly. Usually, this means it might take a little longer to figure out the best selling opportunity.

The uncertainty surrounding NFTs is why many buyers buy 'collectable' products to which they feel a personal connection.

Collectible NFTs are the most popular

As interest in NFTs has increased in the last couple of years, we've seen an increase in the various types of NFTs now available for sale. Currently, the game and metaverse environments for NFTs are rapidly increasing in value, but they're nowhere close to the most popular form of NFT – the collectable.

According to this report, people are generally most interested in buying NFTs, which they can collect and hold onto for long periods.

New forms of NFTs are being minted all the time

The collectable nature of NFTs makes it easier to create a wide range of assets for people to buy and own. Most are seen in the art world, but NFTs are more than merely digital art.

A report from NonFungible.com indicates that thousands of NFTs are currently bought and sold daily, with around 15,000 to 50,000 weekly. Compared to 2017, when only about 100 sales occurred weekly, this is an enormous increase.

Not only is the number of sales increasing, but NFT values are increasing too. NFT sales range between $10 million and $20 million per week. However, there have been weeks during 2021 when the weekly sales came closer to around $170 million!

According to the Financial Times, approximately 360,000 NFT owners hold around $2.7 million in NFTs amongst them. However, about 9% of the entire group is responsible for approximately 80% of the market value (so-called 'whales').

This indicates that most of the NFT value belongs to these whales holding the most expensive NFTs. Similar to many whales sitting on hundreds of millions of dollars in cryptocurrency investments.

More than a third of esports fans are interested in NFTs

Research found that around a third of esports fans were interested in collecting NFTs. Approximately 20% of the 2,200 respondents surveyed for the study said they were very interested in purchasing NFTs either as a hobby or investment. Another 35% of respondents say they were somewhat interested.

The same esports report again demonstrated the difference between men and women when collecting NFTs. According to the report, around 15% of men collected NFTs already, whilst only 4% of women collected NFTs.

The most expensive NFT meme sold for $4 million

The most expensive meme in the world was sold for $4 million. The iconic "Doge" meme is intended to be sold on the market in 17 billion pieces to collectors worldwide.

The most valuable meme NFT was Nyan Cat, which sold for around $500,000. However, many NFT experts expect the meme's value to be higher today.

According to research from Morning Consult, millennials are the age group most likely to get involved with NFTs. Millennials are three times more likely to buy and sell these assets than their Gen Z counterparts.

The study also showed that general interest in NFTs is growing, based on a deep love of 'collecting.' Around 1 in 3 US adults said they collect some form of a physical object as a hobby. Around 42% of millennials collect something physical too.

Men are twice as likely to collect NFTs than women

The same Morning Consult survey reveals that Men are twice as likely to identify as NFT collectors than their female counterparts.

A poll involving 28,000 people in 20 countries concluded that the top 5 countries with NFT owners were in Asia:

However, in Thailand and Venezuela, more women than men own NFTs.

30% of women in Thailand own NFTs, compared to only 23% of men. Venezuela was the only country where women had more NFTs, with 11% compared to 10% of men.

Nigeria is expected to have the biggest growth in NFT adoption

The same Finder poll highlighted that Nigerians who own NFTs grew to 21.7%.

Notable increases in NFT adoption rates were found in:

People buying NFTs originate from both ends of the income spectrum.

Both share a passion for buying NFTs; however, those who earn between $25,000 and $150,000 per year appear to be less enthused, with 94% saying that they have no interest in NFTs at all, according to research from CivicScience.

More than 70% of Americans still don't know what an NFT is.

The latest data demonstrates that most adults in the US are not familiar with NFTs. The figures are higher in Japan (90%) and Germany (82.6%). Meanwhile, in Hong Kong, only 55.3% of people don't know what an NFT is.

California buys more NFTs than any other state

San Francisco and Los Angeles in California are top cities buying NFTs. San Jose, San Diego, and Austin follow closely whilst Hawaii and Nevada are second and third for US states buying NFTs.

NFTs and their environmental impact

Ethereum 2.0 technology will reduce energy usage by more than 99%

If Ethereum moves from proof-of-work to proof-of-stake, it could reduce the energy consumption of its blockchain by 99.95%. The transition should come this year.

Polygon emits less than 1% of the CO2 generated by Ethereum

Most NFTs are on the Ethereum network. NFT industry statistics show that the token uses 103.17 TWh annually (in 2021). By contrast, proof-of-stake networks, like Polygon, produces just 0.206587559 grams CO2 per transaction.

Interest in NFTs will keep growing

These NFT statistics underscore that NFTs are gaining in popularity worldwide. Demand for NFTs has become so high that people are parting thousands, even millions of dollars and euros, to own these NFTs.

Currently, the craze is for buying digital artwork, memes and gifs.

Demand for NFT opportunities and use cases are growing all the time, mainly thanks to the flexibility of the new concept. People can transform everything from services to gig tickets into NFTs for their customers to purchase, collect, and re-sell. The use of the blockchain also creates a more secure environment for trading and managing assets.

At the same time, the rise of NFTs is also leading to an increase in the number of methods people have for getting involved with these kinds of assets. Recently, companies have begun exploring opportunities to split NFTs into fragments, so everyone can own a "piece" of art, internet, or gaming history, rather than purchasing an entire asset.

There's no doubt we'll continue to see new and exciting NFT statistics in the years ahead! 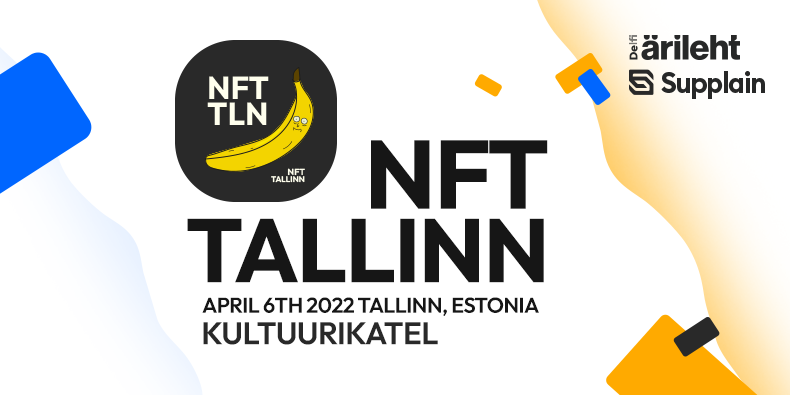 Don't sit at home. NFT Tallinn will be the most long-awaited NFT event of 2022 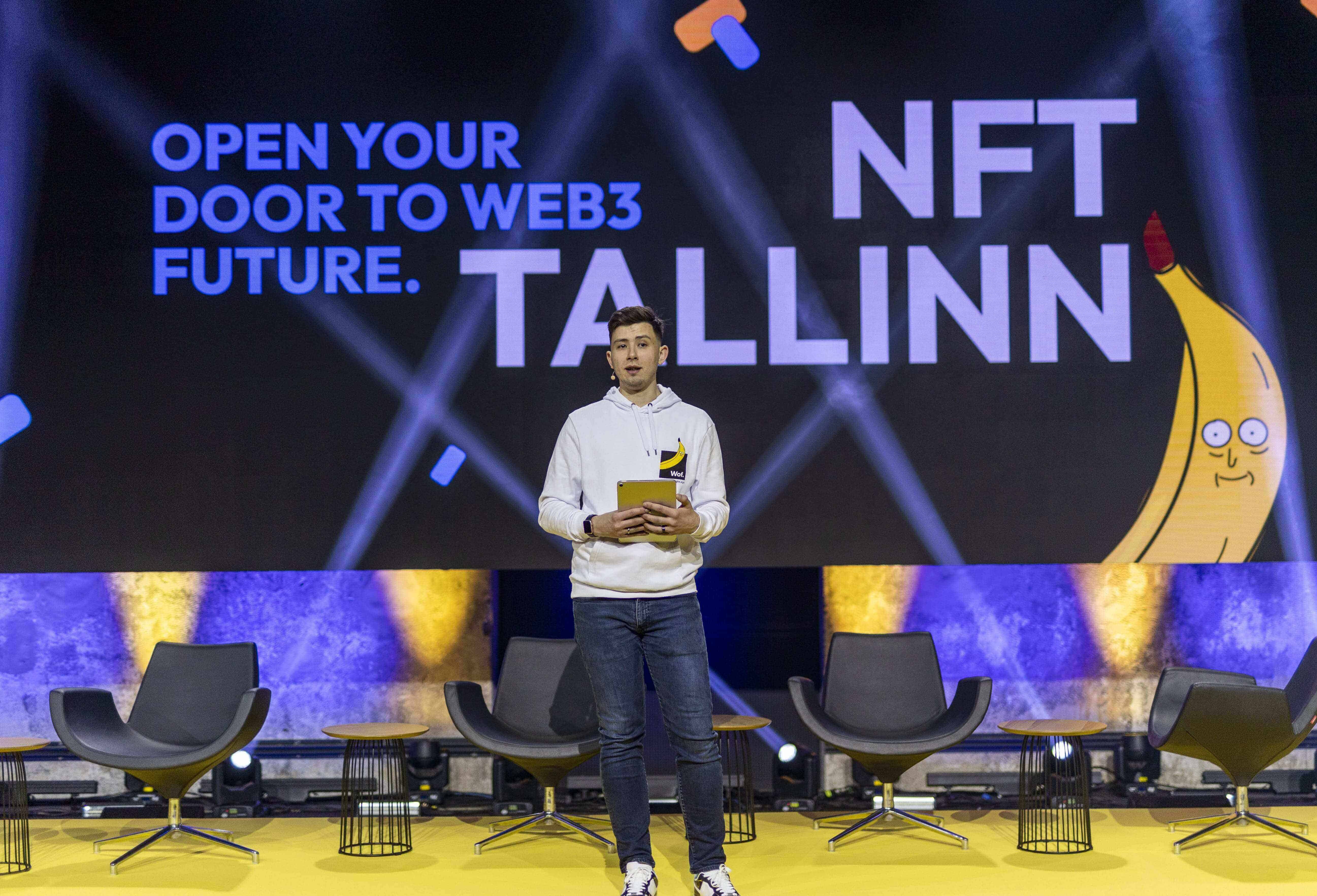