The Story Behind World of Freight

In the time when Apes, Cats, Dogs, Frogs, Penguins, Waifus and many others roam across the Internet, we asked them and ourselves — how do they move themselves and their stuff?

Surely, they are not just walking around like a bunch of degenerates.

And frankly, most of them don't have Lambos yet…

That is how it read on our first draft of a story on worldoffreight.xyz.

As per our understanding, every NFT collection needed some funky story about why their set of avatars would be wilder than any of the others released every other minute.

We then gave it another thought and realised that our story is way more exciting, even without a description like that.

After all, we're not here to start yet another community that shills their project — promising riches, raffles, giveaways, games, comic books etc. Indeed, we are happy to do all that together with the community as well. However, our main idea behind launching this NFT collection is different — from the beginning.

We're doing it with a very clear plan.

What if we would launch an NFT set to fund building a new-age supply chain & trade finance protocol?

In early Spring 2021, we came together with four frens who had all finished working on different projects in the supply chain, finance & developer tools ecosystems. And now we wanted to do it all again.

But this time, we craved to make a genuinely innovative solution. And do it together.

However, we also knew that we should do it all with a twist to get going faster.

The question we got was that if we are about to build a decentralised protocol, then why not go all the way and start by generating a diverse community. A community that would ideate & build with us while also supporting us financially. But not as investors. Instead, as frens for whom we create art and other fun experiences (and who may later become our investors).

Why so? Because there is no way to price a pre-product company accurately, nor do we want to make promises that may take longer to deliver.

Instead, we want to give people some liquid value now and reward those that hodl and stay with us for the whole ride.

And then, there it was!

By this point, we were just hoping it was the correct route to take.

Now we have proof that the industry believes that this is the way. So we knew, WGMI!

What is the World of Freight?

World of Freight is an NFT collection.

But more than that, owning the NFT comes with a variety of perks.

Hodling the NFT gives anyone access to the Boardroom, our members-only Discord channel that lets our frens join us in this collaborative supply chain & trade finance protocol building.

In more detail, we are building a protocol that aims to bring traceability, transparency and trust to the supply chain industry while removing all the middle layers between the service providers and clients.

All that while giving access to previously unattainable services. For example, trade financing and on-demand insurance, as well as automated import duty and other tax calculations, analytics and integrations to many other systems.

And the only way for this to be attainable is to make it fully decentralised while ensuring all parties that it is all running as a protocol that is both independent and wholly owned by its users.

However, since the whole concept is too complex to be described in 2–3 paragraphs, and since not all World of Freight NFT buyers will stick around for that, let's return to the concept in a more detailed post at a later date.

Still, the main point is that we want to include the community in building it while expecting to reward the early community when the protocol succeeds.

In essence, we wanted to add more utility to the World of Freight NFTs, so we decided that each vehicle in the series will start collecting tokens that you can use for various use cases.

For each day that you hodl your NFT, the vehicle collects 25 Wof tokens. Whenever sold or otherwise moved, it will lose half of the tokens.

For starters, you can use the Wof tokens to rename your vehicles. But we will also reveal other use cases in the future.

We want to promote the idea that you are the actual owner of the NFT and thus can use your Wof vehicles in any way you want.

More so, we will provide NFT hodlers with the vector files for their vehicles after the sale. In exchange, we will keep the rights to the individual elements and might showcase your NFTs in future projects if you allow us to do so.

As mentioned above, the community aspect is still an essential part for us.

After all, it is no fun if there is just work and no play.

So yes, we will focus on having fun and already have made some exciting plans for you! We're planning AirDrops and other giveaways, a merch store, and of course, early access to Supplain protocol's services.

Get more info on all of that and way more via worldoffreight.xyz.

So what's the exact plan?

According to our plan, we will start minting the World of Freight NFTs on September 26th, 2021. Minting a vehicle will cost 0.08 ETH + gas.

We will announce the exact time on our Discord and Twitter; stay tuned!

And once the minting starts, then depending on its success, the following things might happen:

In addition, we already have plans for phase 2 and phase 3, such as adding utility to Wof tokens, 3D models and more — but more on them after the sale!

Other than that, let us know what else do you want us the share! Or, if applicable, let's see how else can we help one another… 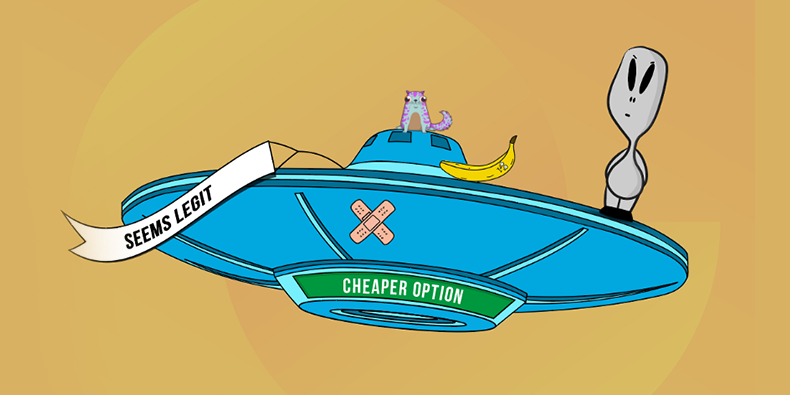