Confessions of a blockchain developer

Our Chief Technology Officer, Artur Kärblane, is one of a growing community of blockchain developers creating an entirely new ecosystem built around Web 3.0, embracing trust, security and immutability.

Because of blockchain applications' advantages and use cases, blockchain developers like Artur are in high demand. Yet, the community and industry are still relatively new.

"The blockchain community is a tight-knit, fast-growing developer community where everyone is open and eager to chat. Belonging to various developer group chats, we discuss security, UX, and scaling.

I am learning about others from a variety of backgrounds. Everyone has an exciting story about how they got involved in blockchain/crypto as an emerging industry.

My first ever blockchain project was during the early days of Bitcoin. I was fascinated by the idea of digital currency and wanted to be a part of the community that built up the hype around blockchain. Unfortunately, as a minor, my parents refused to buy me a few BTC because it was probably a scam. In 2017, I got back into the technology and set up a little mining farm for ETH. In addition to mining, I tested setting up my own node and attempting to interact with it."

What is a blockchain developer?

You can separate blockchain developers into different categories.

Developers can also specialise in security and audits. Given the immutable nature of blockchains, every project must receive external audits on its code and security practices. Security-focused developers work on all aspects of the ecosystem.

Why has blockchain development grown so rapidly?

The growth of blockchain technology is showing no signs of slowing down.

In the past few decades, many seemingly impossible ideas have turned out to be untrue, like high transaction fees, net fraud or retrieving lost data. But, now, blockchain technology can avoid all this. That's not to say blockchain has not seen its share of problems.

Blockchain is not easy to implement for regular users. It needs to be managed by blockchain specialists, making it ideal for businesses with the budget and appetite to operate a blockchain project.

So, what makes blockchain so lucrative to businesses? Firstly, it reduces operational costs and removes intermediaries as a cost and point of contact, thus boosting growth and efficiency.

And finally, the blockchain application use cases also favour the industry.

Take the supply chain, for instance. Immutability enables organisations to ensure that there is no tampering done to the packages in transit. As blockchain is immutable, it is impossible to alter the package information. Any alteration will alarm the system.

You can find the blockchain's importance at the core by going through its key features. These features make blockchain irresistible in diverse scenarios and mark itself as the best possible solution.

Is it easy to find good blockchain developers?

Despite the industry growing, the amount of blockchain engineers is relatively low. Hiring a skilled and experienced developer can be similar to finding a needle in a haystack.

First, hiring parties need to know where to find a blockchain developer for hire.

The major mistake they all make is to find a blockchain developer in a place which is not correct. For instance, how does a typical company usually look for candidates–job ads? LinkedIn.

Kärblane says it's best to avoid the conventional hiring methods because they will not be very efficient in finding the ideal developer.

According to Kärblane, to locate a good blockchain developer, you need to find them in their natural environment. Because of the blockchain and crypto ecosystem's character, many have several projects on the go. They aren't enthusiastically seeking out new work.

That doesn't signify that they won't be interested if the precise opportunity comes into their peripherals. The blockchain ecosystem traverses many boundaries. Most of the top blockchain developers and thought leaders continuously engage with each other to keep up on the newest projects and news, whether on Twitter, Discord, or more conventional messaging platforms.

An important note - brilliant Blockchain developers can be very dissimilar from the rest of the workforce, even those surrounded by the IT sector.

The reason is that Blockchain technology was an interloper interest that has only begun to have a real beneficial impact in the last couple of years.

Consequently, the most outstanding and knowledgeable developers tend to be in it for the passion. Other sturdy candidates are inflowing the industry because they see immense opportunities in blockchain technology.

What advice do you have for other blockchain developers?

Remain active in the blockchain community.

The best breakthroughs come from discussing problems with peers or perceived competitors. We're all in it together, so discuss concerns openly. The likelihood is that many people are struggling with similar issues.

Take security seriously. Get audits, and always ask for help.

Don't settle for centralised solutions. It's fine when you're starting a project but always have a plan to remove yourself as a trusted authority from your development.

Artur Kärblane got into technology & software development at a young age. Initially just breaking things, he destroyed a few computers whilst ripping out the parts and trying to put them back together. The first experiments with coding were trying to write cheats and hacks for PC games following tutorials on the Internet.

After studying computer science at the University of Tartu, he co-founded a software development agency that has built various SaaS products, mobile applications and custom software for clients. Having previously tinkered with blockchain technology and getting familiarised with the latest trends in the ecosystem, he co-founded and built the WoF ecosystem and Supplain.

Today, he is the Chief Technology Officer in the World of Freight and Supplain teams. 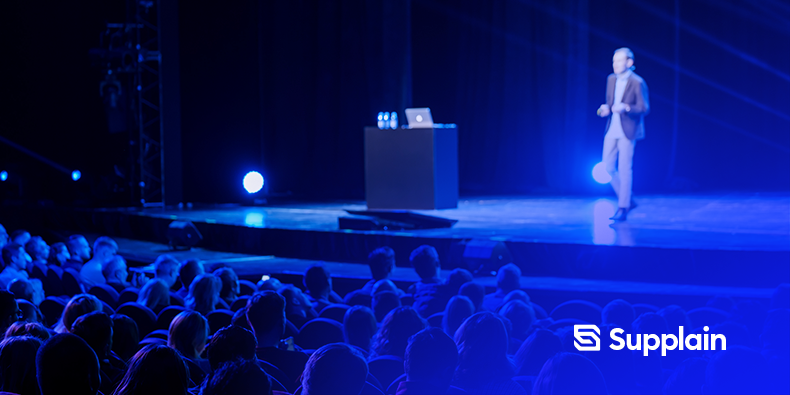 Top blockchain, crypto and NFT events to flock to in 2022